The Worst of the Worst in Stafford 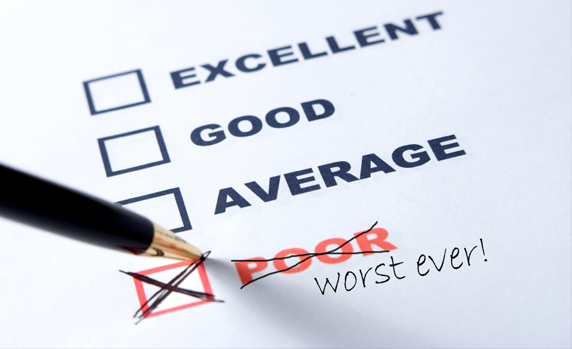 The Worst of the Worst

The phrase “never judge a book by its cover” could not be more true with the vehicles that made our worst used cars in Stafford, Va list. The majority of these vehicles look extremely snazzy on the lot and come with affordable prices, but often have traded style for poor utility and unreliability. These cars are often deceivingly intriguing and flashy but quickly become nightmares for their purchasers. For these reasons, we at Airport Auto sales like to keep them off our Buy Here Pay Here lot.

The 2014 Nissan Juke has a punchy and sprighty design that is matched with a peppy engine, good suspension, and good fuel economy. At first glance this subcompact SUV looks like a fun option among other subcompact SUVs in its class. However, the Juke prioritizes style over utility and safety. The vehicle lacks interior and cargo space making it a rather cramped ride. It also scored lower than most other used cars in Stafford, Va for safety ratings. If you are looking for a smaller SUV we suggest looking at the Ford Escape. Steer clear of the 2013 model as it was a new design year which came with a new 4 cylinder EcoBoost engine that consumers rate as having notorious problems. However, the previous and prior years are sharp looking, easy, and fun to drive.

The Mini Cooper, famous from the early 2000s spy film The Italian Job, exudes vibes of adventure and energy. A quick turbocharged engine makes the Mini Cooper a spirited and powerful drive. Although the vehicle has plenty of personality and spunk, a cramped rear seat makes this vehicle feel about as useful as a roadster. The Mini Cooper also continuously scores low on consumer reports for reliability. Similarly, the Fiat 500’s Italian design indicates a good performance, but the indication could not be farther from the truth. Reliability is equally bad for the Fiat 500 as is the rear seat. Both vehicles will make your passengers wish for more space. If you are looking for a compact and sporty option among the used cars in Stafford, Va we suggest the Mazda 3 hatchback instead as the rear seat is more spacious and it rates higher for reliability among consumers.

The Mitsubishi Outlander can be an incredibly tempting purchase among the used cars in Stafford, Va because of its third row seating option, high safety ratings, and affordable price. Buyers should be aware; though, that the affordable price comes with a sparsely equipped interior, poor reliability, an uninspiring engine, poor acceleration, and a noisy ride. Another tempting third row SUV option might be a Dodge Durango as it has strong acceleration and good handling. Consumer reports reveal the lowest reliability in third row SUVs. Our suggestion for an affordable third row SUV on our Buy Here Pay Her lot at Airport Auto Sales is a Chevrolet Tahoe which ranks as one of the most reliable in its class.

A quest for a minivan can quickly become expensive so it’s no surprise why the Kia Sedona might be an attractive option for buyers. However, the Sedona’s affordable price is reflected in a cheap, lackluster interior. The Sedona also performs underwhelmingly in fuel economy and consumer reliability ratings. Our suggestions for buyers who are interested in a larger van to haul all the kids to soccer in would be the Chrysler Pacifica. The Pacifica comes with a near luxury interior, ample space for comfortability, decent fuel economy, capable and smooth engine, and great consumer reviews.

The Dodge Avenger offers buyers an aggressively stylish body without having the price tag of a muscle or sports car. Unfortunately the style is where the positives stop. Prioritizing the exterior design over interior space, cargo space, and fuel economy, Dodge unsurprisingly had to discontinue the car in 2014. Rating among the lowest of midsize sedans, we highly recommend the Nissan Altima SE instead as it has more interior space and better reliability while maintaining an aggressive and sporty look.

A good looking car can often indicate a better overall design in performance, but these worst consumer rated used cars in Stafford, Va prove that it is always worth the research to check before purchasing. Even if you are still interested in a poorly rated vehicle, make sure to test drive the vehicle with passengers in the back so you are not surprised by close quarters later. However, we highly recommend coming to look at our Buy Here Pay Here lot at Airport Auto Sales so we can get you into a vehicle that previous purchasers have loved.

The Ultimate Checklist To Evaluate A Used Car in Fredericksburg

The Ultimate Checklist To Evaluate A Used Car in Stafford

How To Protect Your Car During A Storm Or Rain in Fredericksburg?

How To Protect Your Car During A Storm Or Rain in Stafford?

How To Plan A Perfect Roadtrip in Fredericksburg?